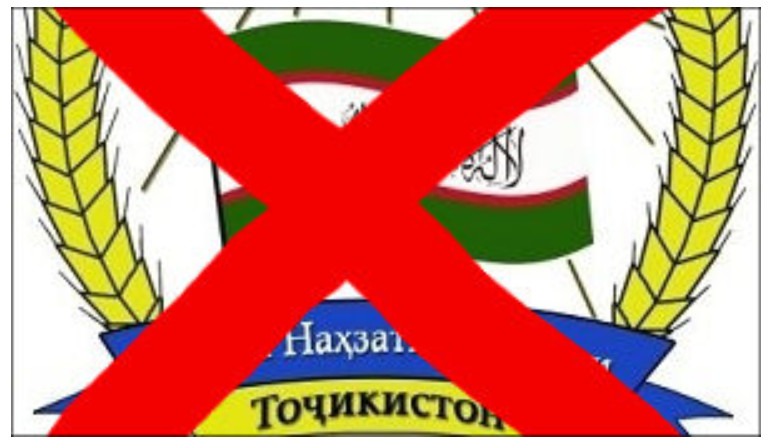 Foreign roots, imported nature and geopolitical destinations of the IRP are known to all researchers. Scientific and historical debates about this topic have completed a long time ago. However, the leadership of this organization constantly conceals historical truth,

invents and uses myths about the process of creation of the political and ideological foundations of the party. Despite the fact that the activities of this organization consist entirely of lies, in this section we will consider two “lies about the creation” of an IRP, the introduction of which reveals the false essence of this organization.

The first lie about the creation of TEO IRP:

The TEO IRP always declares that this party was founded in 1973 and has a 40-50 year history. In this regard, to attract the population, they organized propaganda on the 30th, 35th, 40th anniversary of the party and pretended that this party was created at the very height of the Soviet Union as an independent organization and functioned at that time. According to written memoirs of the founder of the IRP Nuri, the constituent session of this party was held on April 20, 1973, in which Muhammadjon Ghufronov, Mullo Nematullo Eshonzoda, Odinabek Abdusalomov, Qalandar Sadriddinov and Nuri took part in it. He adds that the decision on the creation of the “Islamic Renaissance of the Youth of Tajikistan” organization was made in the Bokhtar district in the house of Qalandar Sadriddinov.

However, D. Nazirov PhD, a well-known researcher on this topic, after a careful study of the issue, proved that the statement that a meeting was held with these persons at that time is impossible, because some of these persons were not in the territory of Tajikistan i.e. they could not take part in this meeting.

Dr. Nazirov, in particular, noted that a resident of Vakhsh of Kurgan-Tyube Province Eshonzoda Nematullo, born on 1949, in an interview on March 25, 2010 with the author, noted that he had been called up for military service in the Soviet Army on 1971 and returned to Tajikistan on May 1973. Therefore, he was not in Tajikistan on April 20, 1973, and could not participate in the meeting in Kurgan-Tyube.

The documents indicate that other “attendees” of this meeting, Abdusalomov Odinabek, born 1954, was also drafted into the Soviet Army in November 1972 and only returned to Tajikistan in October 1974. Therefore, he could not be a participant in this meeting.

The third “attendee” of the “constituent assembly sessions”, Qori Muhammadjon Ghufronov, born 1954 after his breakup of relations between Nuri in Afghanistan, completely denied holding such a “constituent meeting of the IRPT” and stated that from November 1972 until 1978 he resided in Andijan, Uzbekistan, where he received an underground religious education and, for fear of being called up for military service, did not returned to Tajikistan. Therefore, he could not be a participant in this “constituent assembly sessions.”

Thus, these clear historical facts, compared with supporting documents, provide that holding such a meeting on April 20, 1973 with the participation of the above-mentioned persons was impossible. Therefore, the fictional story about the “constituent assembly sessions” in 1973 is an attempt by its leaders to show the supposedly rich history of their activities and has no real basis. Based on this, it can be said that the activities of this organization were false from the very beginning, even in the matter of creating their own history. Its leaders are trying to redraw history and deceive society.

In this regard, with the support of foreign emissaries, back in the 80s, the religious member began working on underground propaganda and training, but only in the 90s, after the creation of the Islamic Party of the Soviet Union, the question arose of creating a political party. The constituent assembly sessions was held on October 6 1990 in the village of Chortut, Rudaki district.

The second lie of creating a IRP:

In the years after the signing of the peace agreement, the leaders of the TEO IRP consistently tried to call themselves an organization with national roots, to show themselves as an “independent,” “internal” and “Tajik” party. Nuri on this issue said: “When creating the Islamic Party of Tajikistan, we did not imitate anyone; there was no influence of external propaganda, especially from the Middle East. Our movement was internal, distinctive and popular.” But these words are a lie.

The way of thinking, the main ideas and the very structure of the TEO IRPs was formed precisely as a result of the penetration of alien Wahhabi thinking into Tajikistan and as a result of falling under the influence of consultants and heads of special services. Even in the early years of this process, religious activists fell under the influence of leaders of international Islam, such as Hassan al-Banno, Sayyid Qutb, Muhammad Qutb, Abu A’loi Mawdudi, and blindly followed their ideas. In those years, such books penetrated the Soviet Union through students and some civil servants who went on business trips to Arab countries. After simplifying the procedure for trips to the Soviet Union, the activities of foreign propagandists of extremist ideas in Central Asia gained serious scope. They began to transport not only propaganda materials, but also money to support the movement.

In particular, one of the founders of the party Muhammadjon Ghufronov was detained upon returning to Uzbekistan after receiving education in Andijan by relevant state bodies with 200 religious and ideological books, among which were books by authors of Wahhabi movements.

In the Soviet period, another contact situation with an agent from the Muslim Brotherhood was prevented. One of the religious activists, a resident of the village of Sebiston in the Danghara district, Mullo Ajik (Aliyev) was connected with foreign students from Arab countries and, in collaboration with Sudanese student Zubaid Sodis, tried to deliver ideological and religious books with an Arabic alphabet for their students, published in a small printing house. After exposing this plan by a letter of the USSR Ministry of Foreign Affairs to the Sudanese Embassy, this student was expelled from the university and deported from the Soviet Union. As noted, the revolutionary leaders of the Islamic State of Iran and the Mujahideen from Afghanistan played a serious role in shaping the worldview of the population, as well as in following the ideas of the party.

According to border violators, they received a task from the Pakistani intelligence service and the Islamic Party of Afghanistan, according to which they were supposed to infiltrate Tajikistan from Afghanistan, clandestinely contact Tajik members, create a terrorist group and carry out terrorist attacks not only in our country, but also in the countries of Central Asia. Upon completion of the investigation, all of them were brought to trial by the court.

Thus, these few specific examples, and dozens of other examples prove that the leaders of an IRP encounter in their lives some kind of intellectual problem or psychological complex. Because they themselves do not have any internal roots, do not have a single national-folk basis, they know very well that they are the brainchild of foreign intelligence services. In this regard, they feel completely alienated from the culture, society, values and interests of Tajikistan, and seek to connect themselves with the values and people of Tajikistan. However, as often illiterate, far from the history and culture of the nation, these ambiguous attempts, as always, reflect the failure of their lies.

Veteran of the National Reconciliation Process,

member of the working group of  National Reconciliation Commission

on the integration of opposition forces

to the Armed Forces of the Republic of Tajikistan